Share a memory
Obituary & Services
Tribute Wall
Read more about the life story of Adolph and share your memory.

Written by Alfred as told by mom Sterner, many times! It was March 20, 1939 with a raging, spring snow storm that Adolph decided to join his eight siblings born before. Adolph was the nineth born then. As father was making his way  by horse and caboose, the means of travel those days, to the Lake Lenore Hospital with mother Sterner. The horses were spooked, the caboose upset, and the horses ran away. Dad, John, had only one choice to make – it was to carry mother the remaining ¼ mile to the hospital in Lake Lenore. A more than 10 lb, dark haired baby boy made his way into the world of hard knocks. The war years, 1939, had started with Adolph Hitler in power. It was quite appropriate to name the baby boy Adolph. August and Margaret Stolte were our neighbours, and they became the godparents of Adolph August.

In the years 1953 to 1954, Adolph attended high school in Annaheim. He then stayed with the Mike Blechinger Sr. family. In 1955, Adolph and his brother  Alfred travelled to Annaheim many times by horse and caboose to attend high school there. In 1956 to 1958, he attended St. Peter’s College in Muenster, SK. He then attended the University of Saskatchewan. It was there that he met his love, Joan Hollicky. Adolph and Joan were married on August 1, 1961. Together they moved to Pincher Creek, Alberta where Adolph worked in the oil rig industry and Joan worked as a schoolteacher and professional piano player.

During the Easter and spring break, as well as weekends, in the 1956 school year, Adolph worked for the Commonwealth Oil Drilling Company of Calgary, AB. At that time in March of 1956, the oil company was drilling North of the little hamlet of St. James, SK. Adolph and many of the crew were paid $1.85 per hour.

Adolph’s love of sports was curling.  In and around 1959-1960 while attending University of Saskatchewan in Saskatoon, Adolph had the honor of curling with some professionals namely Garnet Campbell.

In about 1962, Adolph purchased land East of St. Brieux, SK. He and Joan had a large cattle ranch, and Joan taught high school in St. Brieux. In the fall of 1964, with 5 Massey Harris combines and field help, they went to combine in Maize (a type of corn crop), in Texas, USA. Some years later, Adolph and Joan parted and went their separate ways. Joan went to live in Calgary while Adolph lived in Regina for many years. So was the life of Adolph August Sterner. Adolph passed away on Sunday, November 13, 2022 at the apartment of his close friend Geraldine Gunnis. 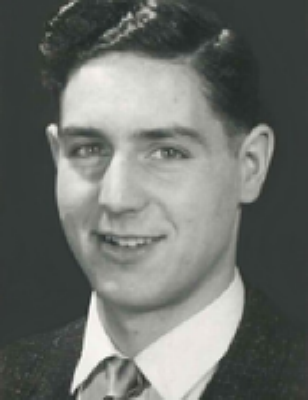 You can still show your support by sending flowers directly to the family, or by planting a memorial tree in the memory of Adolph August Sterner