Share a memory
Obituary & Services
Tribute Wall
Read more about the life story of Michael and share your memory.

It is with great sadness the family of Michael Alex Borisko, 85 years, of Humboldt and formerly of Bruno, announce his peaceful passing on Wednesday, December 14, 2022 (on Mike and Shirley’s 54th wedding anniversary) at Humboldt District Hospital.  Mike was born on September 16, 1937 in the Bruno district to John and Lena (nee Luchak) Borisko.  He obtained his education at the St. Quinton School.  Mike enjoyed playing ball and was the back catcher for the local teams.  Following school, Mike worked for Wells Construction on the building of the Dana Radar Base.  Then later he began employment as a Civil Servant with the Radar Base in the supply department.  In 1987 when the Dana Radar Base closed, Mike continued as a Civil Servant at CFB Dundurn until retiring in 2006.  Mike married the love of his life Shirley (nee Bilan) on December 14, 1968.  This union was blessed with four children.  He loved to “tinker” and was always busy puttering around his farm.  Spring was his favorite time of the year on the farm.  Mike had a passion for gardening and was always out planting a large vegetable garden year after year.  He made sure his garden was weed free and when he ran out of weeds to pull, he’d help Debbie with hers.  For relaxation he loved watching sports of any kind.  He followed his children and their activities and then continued to follow his grandchildren in Ukrainian dancing, hockey, and ball.  The title “Gido” made him proud and brought much joy to his life.  Mike and Shirley were able to make many trips to visit family in Ontario and BC, they also experienced memorable vacations to Hawaii and Las Vegas.  The pull of the land kept Mike close to his roots where he continued to farm through out his lifetime and remained on the homestead until November 1, 2022 when they moved to Humboldt.  Mike will be sadly missed and lovingly remembered by his wife of 54 years, Shirley Borisko of Humboldt; three children and four grandchildren:  Brad of Summerland, BC, James (Jennifer) Borisko of Regina and family Kaitlyn and Logan, and Debbie (Ashley) Medernach of Cudworth and family Jenna and Taylor; six siblings: Carl Borisko of Vancouver, BC, Jean Kuka of Saskatoon, Annie Wuin of Edmonton, AB, Olga White of Stoney Plain, AB, Terrie Borisko of Saskatoon, and Rose Ewanishin of Saskatoon; sisters and brother-in-law: Doreen Borisko of Bruno, Al Stanley of Windsor, ON, and Maimie Borisko of Saskatoon; and by Shirley’s family: Marie (Michael) Parkalub of Saskatoon, Joe (Tammy) Bilan of Fort Saskatchewan, Ron (Josephine) Bilan of Saskatoon, and Jerry (Clare) Bilan of Saskatoon.  Mike was predeceased by his parents John and Lena Borisko; son Robert Borisko; brothers and sister: Steve Borisko, Beatrice Stanley, Nick Borisko, and John Borisko (in infancy); and parents-in-law John and Eva (Sawchuk) Bilan.

A Funeral Service was held on Wednesday, December 21, 2022 at 1:30 p.m. from Malinoski & Danyluik Funeral Home & Crematorium, Humboldt, officiated by Father Ivan Nahachewsky.  Memorial donations may be directed to Bruno Farms Cemetery.  Interment will be held at a later date at The Columbarium At St. John’s, Saskatoon.  The family would like to express sincere thanks and appreciation for all the kindness and care given to Mike and his family at Royal University Hospital and especially to the staff at Humboldt District Hospital.  We are forever grateful to all of you. 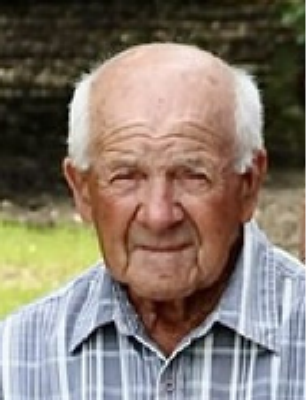 You can still show your support by sending flowers directly to the family, or by planting a memorial tree in the memory of Michael Alex Borisko